One of the most catastrophic anthropogenic pollution events in the marine ecosystem are oil spills. With the rapid economic development and energy demand around the world, marine petroleum exploitation and transportation has increased steadily, and with it also the risk for catastrophic oil spills and its resultant detrimental impacts to marine ecosystems.

The recent Deepwater Horizon (DWH) oil spill is testament to this. It is recorded as the largest oil spill in US waters. This massive spill commenced on April 20th of 2010 and lasted for about 84 days until July 15th when the leaky Macondo-252 oil well had finally been capped. The spill resulted in the release of about 4.1 million barrels (ca. 651 million litres) of crude oil into the Gulf of Mexico from 1500 m depth. Of the total amount of oil that was released into the Gulf of Mexico, approximately 60% was estimated to have reached the sea surface where it became exposed to various physical (wind/current-driven forcing), chemical (evaporation, photo-oxidation) and biological (microbial degradation) weathering processes that altered the composition of the oil, including the formation of water-in-oil emulsions.

A distinctive feature of the DWH oil spill was the formation of unprecedented quantities of Marine Oil Snow (MOS). MOS of macroscopic cm-size dimensions can be described as a mucilaginous floating organic matter. It was observed during the first research cruise on R/V Pelican to the DWH site in early May 2010 and was frequently encountered around the vicinity of surface oil slicks and in the subsurface oil plume. The genesis and factors influencing its formation are not yet well resolved, but based on events from the DWH spill, MOS forms primarily in surface waters in the presence of crude oil and then rapidly sinks to the ocean floor in what was termed the “dirty blizzard” at DWH. 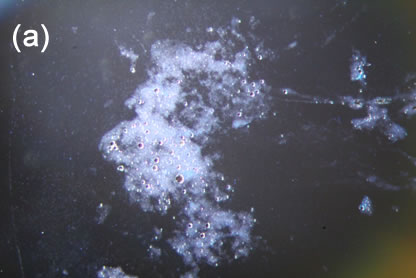 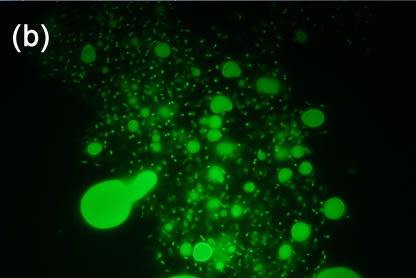 Under the microscope, MOS has a “fluffy” or gelatinous appearance containing oil droplets (Figure 1a) and associated microorganisms (Figure 1b) within its amorphous matrix.

Increased oil exploration in the North Sea and its adjacent deeper waterways requires a need to understand oil behavior, including MOS formation, and the response of natural oil-degrading bacteria in the event of a big spill in this region. The Faroe-Shetland Channel (FSC) is considered an excellent study site as oil exploration in this region currently occurs and is expanding further into its deeper waters. 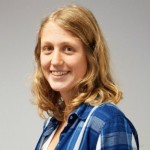 Laura Duran is a PhD student in the Gutierrez Lab who is investigating the formation of MOS in the FSC, and how its formation and behavior may be influenced by dispersants that are commonly used to combat oil spills at sea. Microscopy approaches using various stains are being used to examine MOS formation and its composition, and the microbial diversity associated with MOS particles is being analysed by molecular techniques such as MiSeq sequencing. The project is funded through the NERC-CDT in Oil & Gas and is in collaboration with Newcastle University, the NOC in Liverpool, and Marine Scotland Science in Aberdeen.