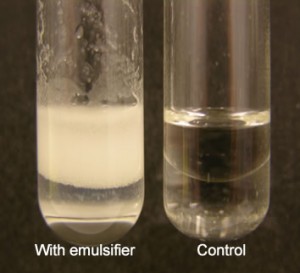 Figure 1. Emulsification of oil by an emulsifier.

Surfactants and emulsifiers are surface-active performance molecules that intervene in almost every product and aspect of human daily life. Their importance to industry is in their ability to mix oil and water together, such as in reducing the surface tension of oil-water mixtures or for producing oil-water emulsions (Figure 1). Consequently, they are one of the most important classes of industrial bulk chemicals worldwide, with uses in a wide variety of applications in households, industry and agriculture. However, the chemical industry still provides the bulk of these chemicals through organo-chemical synthesis, which carries with it a stigma of environment incompatibility due to their associated low rates of biodegradation and high aquatic toxicity. Largely driven by consumer demand, industry is looking to replacing many of its synthetic surface-active ingredients, including some which are derived from non-renewable or unsustainable sources (animals/plants), with natural and eco-friendly counterparts.

Microbially-derived surface-active agents (i.e. bio-surfactants and bio-emulsifiers) offer a viable solution as they can be produced from renewable feedstock or even waste streams and by natural fermentation processes. They are also readily biodegradable, and often display low eco-toxicity. However, most bio-surfactants and bio-emulsifiers that are produced from microorganisms have never reached a commercial end-point, and there are two major reasons for this. The first relates to insufficient production, as quite often, yields from microbial cells fall short of satisfying industrial demand. The second relates to finding an application for any particular type of surface-active bio-chemical agent that is newly discovered. Less than a handful of microbial-produced bio-surfactants and bio-emulsifiers have ever reached the market; the rest didn’t make it because they never found clear defined industrial use and application. 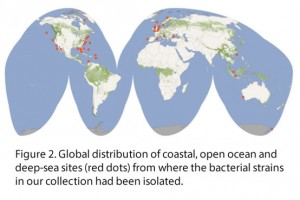 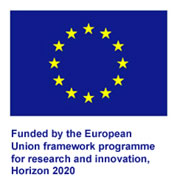 To address this major challenge, the MARISURF project (http://www.marisurf.eu) is a €4.8m Horizon-2020 international consortium led by Heriot-Watt University with the aim to discover novel types of surface-active agents to satisfy an increasing consumer demand for natural and ‘environmentally-friendly’ ingredients. The Executive Management Team for the project is represented by Prof. Steve Euston (Coordinator, Heriot Watt University), A/Prof Tony Gutierrez (Scientific Manager, Heriot Watt University) and Prof Mihalis Panagiotidis (Administration Manager, Northumbria University), and the consortium consists of academic institutions, industrial companies and end-users across 13 European partners that will address the technical bottlenecks that have precluded discovery pipelines aimed to finding a commercial endpoint for microbial-produced bio-surfactants and bio-emulsifiers. MARISURF is already endowed from the start with a unique collection of marine bacterial strains that were isolated from coastal and deepwater sites around the world (Figure 2) and which have proven potential for discovering new types of functional bio-surfactants and bio-emulsifiers. 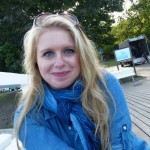 Dr. Karina Salek is the Postdoctoral Fellow who is screening the bacterial strain collection and developing promising strains for commercialization in collaboration with the MARISURF consortium partners. Her work also includes the use of established techniques to produce and extract surface-active agents and their chemical and physical characterisation.